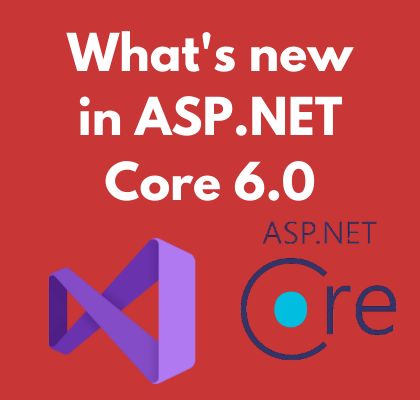 What is ASP.NET Core?

ASP.NET Core is the rewritten version of ASP.NET and it’s a cross-platform and open-source framework to develop high-performance web applications. It was developed by Microsoft and can run on Windows, Linux, and Mac OS.

Architected to create HTTP APIs with minimal dependencies. Minimal APIs are ideally used in microservices and apps where minimum features, files, and dependencies are required in ASP.NET Core.

Instead of every method hub call, it allocates HubCallerClients.

Instead of per stream item in server-to-client streaming, It allocates a single StreamItemMessage per stream.

In ASP.NET Core 6.0 Razor compiler is based on C# source generator and It really helps to speed up application build time by simplifying the razor compiler.