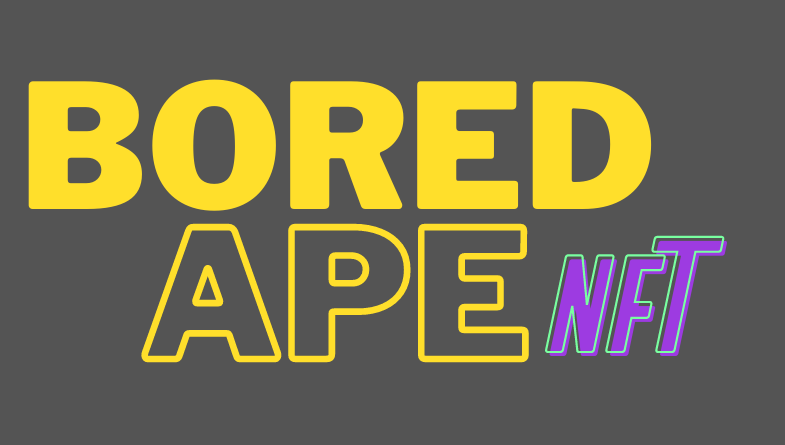 It’s early 2022 and cryptocurrency has lost a significant amount of momentum. Bitcoin, Ethereum, and Many mainstream coins have lost 30% or more of their value over the last year. However, NFTs have not; non-fungible tokens have more or less sustained their value across the board. And one particular NFT has made a tremendous surge in value the bored ape yacht club.

The apes are being purchased by celebrities and entrepreneurs at an increasingly expensive rate. But why what makes these NFTs so valuable and what does it mean for the future of NFTs.

Hello and welcome to mycodebit.com. I’m the shayan and we’re back to have another discussion revolving around NFTs. I strongly encourage you to read What is NFT and How does it Change Living? to get the basic concept of NFTs. We’ll be having an investigation on the board ape yacht club.

So with that being said let’s get into it. In April of last year, Gargamel and Gordon goner aka Greg Solano and Wiley Aronow Florida residents conceptualized and launched the idea of the now popular bored ape NFTs. We will still use their pseudonyms considering most of their direct quotes cite them that way.

The board ape yacht club was created by four friends who set Out to make some dope apes, test our skills, and tried to build something ridiculous.

The official website of BAYC provides brief details about their NFTs collection. Each board ape NFT is unique. Because it is generated programmatically from over 170 possible traits including expression, clothing, headwear, and more. Some of the ape NFTs are rarer than others. The monetary value of the apes is derived from the rarity of their attributes.

Who is the artist behind bored ape NFTs?

The artistic design grew under the leadership of all-seeing Seneca, an Asian American artist recognized as the silver cube winner of the art director’s club, 100th annual awards, and entered into the Gutenberg museum. Suffice to say, this woman is most certainly known for her art. She clarifies in the “rolling stone magazine” that “she was not the sole illustrator of the art but the body art is her exact design”. Seneca laments the fact, that despite its global popularity not many people truly know that she has actually made them.

Related: What is Blockchain Technology and How does it Work?

Why bored ape NFTs are so expensive?

The first wave of popularity from its inception. BAYC found a high demand for all 10,000 apes. All sold within the first 12 hours each costing $190. Similar to finite cryptocurrencies like Ethereum or Bitcoin.

The limited number of board ape NFTs drove up its value. If someone wanted to have an ape. They’d have to pay a higher price to buy it. The more people that buy the higher its price goes up. Rinse and repeat until we have its value as of last month averaging two hundred thousand dollars. But there are plenty of limited NFTs out there that haven’t increased in value. Let alone to the level of the board apes or a cyberpunk, which apes surpassed as the highest valued meant.

What makes this unenthused face so polarizing and compelling. Why would people pay a fortune just to have one?

Some would argue that the quality of art has improved as means grow in popularity. The digital art platform has made progress as a viable form of investment. While both answers are a legitimate possibility they are not the reason why apes have taken over.

The truth is, board Apes are not even about the art itself. Now before we get into the details I want to say that there are people out there who are genuinely compelled by a board ape, they relate to and they purchase the art on that factor alone. For other buyers and investors board, apes are less than art and more about the cultural shift. In a very literal sense, it’s a digital id and social status symbol. But if board apes aren’t purchased for the art then why would anyone bother? The answer is in the name of the board ape yacht club. The brand is built on its social exclusivity. Early on the founders wanted to build a sense of community and identify with the mint.

The home website of bored ape yacht club describes it perfectly. It says when you are buying a board ape NFT, you’re not only buying a unique a rare piece of art.

You are gaining membership access to a club whose benefits and offerings will increase over time. Your board ape can serve as your digital identity and open digital doors for you.

Some entities in the NFTs world have tried to turn their token into a lifestyle but none have done it as successfully as BAYC.

Part of that is because of the benefits offered and first we’re going to take a look at the NFTs party life. Because that’s a thing owners of the mint began social gatherings on October 31st, 2021 starting with the ape-fest. A basic exclusive event following the NFT new york city conference. There haven’t been many yacht parties yet, so the sources have been somewhat limited. The first party does give us an idea of what to anticipate, as these gatherings expect to continue.

One of the reporters talks about a distinctive feature of the event BAYC members were eating bananas and wearing some kind of branded sweatshirts to show that they belong to the community. Some were dressed in leather jackets or Hawaiian shirts that match their apes NFT. So fellow club members can recognize them in real life.

The people that own these NFTs, bought into the idea that they’re part of something. Many on Twitter have the ape as their profile picture because of this fact. While the nature of social media is historically vain and fickle, having this NFT represents you or vice versa, symbolizes your investment into the community. While the yacht club is an exclusive group they paint themselves as less prestigious than the recently popular crypto punk.

We will go deeper into the marketing aspect later, but for now, let’s get back to the party. The clothing of choice for the partygoers is a sweatshirt. The blue shirt priced at $400 was a display of NFT savvy, or at least being knowledgeable of bored apes. Black sweatshirts were exclusive proof that you were an ape.

Since the ape fest started on Halloween, they also held a costume contest, and wouldn’t you know most of their outfits were just dressed up as their ape. The winner of the contest is ape 1798 now named Jenkins.

Jenkins ends up becoming an important chimp in the BAYC infrastructure and we’ll explain why in just a moment. After a few days, the venue moves into a large warehouse where an epic party is held. The event is headlined by names like comedian Chris rock. lil baby, Questloves, Aziz Ansari, beck, and the strokes. It’s everything you pretty much would expect in a highly popular concert. The strokes, the main show play music that fits with the theme of the NFT, and after the concert that’s it. It’s just one big party.

Gordon gonnera and Gargamel are also there socializing with the apes, and admiring their art while keeping secret their hand in creating it.

Now mega parties and club memberships aren’t the only factors driving up board apes value. The members themselves have used their talents to build brands inside of the monkey tree.

Sarah one of the few women who attended the party developed a business of beautifying other bored apes. This beauty salon isn’t affiliated with the base NFT.

But it adds value to the brand as a whole. Jenkins 1498, has become an icon even among the apes. Being the lowest value chimp on the market, Jenkins embraces the role of being a valet and has all the dirty gossip on all the other chimps. Am I talking about an NFT like it’s a real person? I am.

One of the main draws of being an ape as opposed to another NFT was the owner’s ability to modify it and have complete copyright ownership of it. This empowered buyers in a way that’s unique, even for NFT owners. Many apes have taken the opportunity to add their personal flair to their token. But the creators didn’t stop there.

In the circle, they gave their members the chance to join the board ape kennel club as well. BAYC owners were given the chance to have a dog token, a companion for their unenthused friend.

There is also an interactive graffiti wall, another outlet for members to interact with. Now all of this has garnered the attention of major celebrities like Shaquille O’Neal, Steph Curry, Serena Williams, Mark Cuban, Jimmy Fallon, Paris Hilton, Snoop Dogg, Justin Bieber, and a lot more. Much of the increased value is attributed to popular figures like this buying and advertising their NFTs.

Related: What Is NFT Whitelist and How To Get One? Full Guide

Not all Monkey business is good:

We can’t predict, what direction board apes and NFTs will go, but it’s notable that their actions have shown promise in terms of marketability. But even with all this potential, it doesn’t mean that all monkey business is good.

We’ve said many times that any money opportunity will bring scammers and fraudsters, and board ape is no different. Before we get into the scams and frauds revolving around the board apes.

Board apes is a large potential beneficiary of web3. And there are some major implications behind decentralizing the internet. Decentralization is the act of transferring authority from a small number of extensive entities to multiple more miniature entities. Many times we see this in regards to governments, but when it comes to the internet. It would mean that individuals have agency over their internet usage. In order to make web3 possible blockchains would have to be a major component. The drawback of the concept of web3 is as I understand, having full autonomy over your internet connection means there is no structure or support system protecting you from things like fraud, scams, or other malicious activities.

For crypto enthusiasts, this would be considered a non-issue considering the complex inner workings of blockchains and hashing. Would it be too complex to hack into a system, and monetize from it? Maybe, but scammers have proven that maybe they don’t have to. Take todd Kramer for example in late December 2021, he took to Twitter to announce that, all 15 of his board apes were stolen. A value of 2.2 million dollars. The hacker slipped into his wallet took the NFTs and sold them to buyers. Kramer got a number of his NFTs back. But it sparked the debate of whether decentralized internet assets were a good thing. There are people mainly skeptics of crypto who were not sympathetic to Mr. Kramer.

You’re looking for a new way to invest in digital assets. You’ve heard of Bitcoin and Ethereum, but you’re not quite sure how they work. Then you stumble upon the bored ape yacht club NFT. The NFT represents a share in the club and can be used to trade or hold value. The club offers benefits such as discounts on membership fees and access to exclusive events. You’re intrigued and decide to do some research.

How to buy bored ape NFT:

That’s a brief introduction to the world of bored ape NFTs. I hope this has helped you understand a little more about history, background,  how they work, and how you can buy bored ape NFT. If you’re interested in learning more about NFTs, be sure to check out our other articles. Thanks for reading!